We all know that encouraging words can do wonders. Support and encouragement from other people gives us strength to move on. Here is a great short inspirational story about encouragement, we hope you like it! 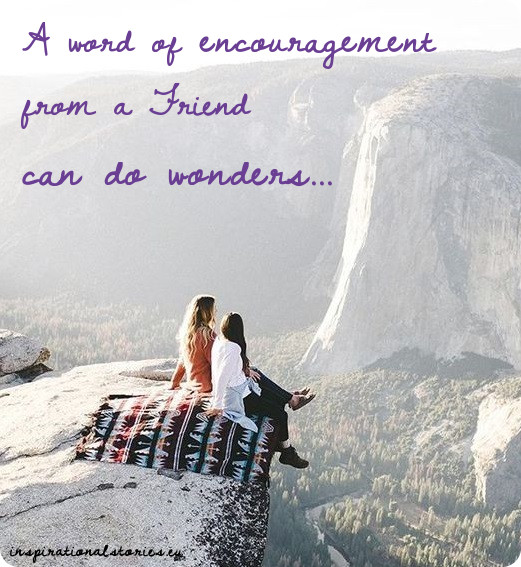 Two men were seriously ill. They occupied the same room in the hospital. One of them was lying in the bed near the only window in their room. Every day he was allowed to spend some time sitting up in his bed to help draining the fluid from lungs. The other man was forced to spend all his days flat on his back.

They talked a lot about their life, families, jobs, vacations. Every time, when the first man was sitting by the window, he described in details all that he saw outside the window. His roommate always looked for those moments, when his world was broadened and brightened up by the world outside.

Amazing views of a park with a beautiful lake could be seen from the window of their room. Children delightfully played among ducks and swans. Couples walked arm in arm among colourful flowers. Also the stunning city skyline could be seen.

When the man by the window had been thoroughly describing all that was happening outside the window, his roommate would close his eyes and imaged all the beautiful scenes of life that were told to him.

One night the man, whose bed was near the window, died peacefully during sleep and his roommate was very sad.

After some time, when the nurse came to visit him, he asked if he could be moved next to the window. The nurse agreed and kindly made the switch. When she left, the man slowly and painfully propped himself up on one elbow and took the first look at the world outside. He was stunned. The window faced a blank wall.

When the nurse came to visit him the next time, he told her about beautiful things outside the window that his roommate described him. The nurse replied that his roommate was a blind man. She said: „Probably he just tried to encourage you.“