We all want to live a successful and prosperous life. Every person needs to find his own path towards success, however there are some versatile principles. Some of the most important things are personal qualities like self-confidence, persistence, responsibility, determination, willingness to learn from mistakes and overcome obstacles. So here we present you short inspirational stories about success. 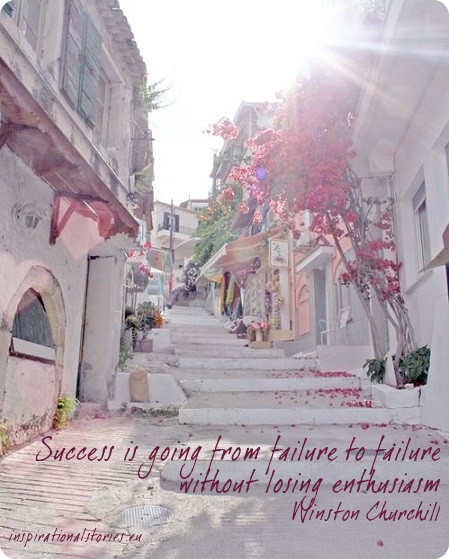 Two friends, Jim and Stew, had joined a big sales company together just after graduation. Both of them worked really hard.

Three years have passed and the company‘s director promoted one of them – Stew became sales executive. Jim did not get any promotion and remained at sales department.

Jim decided that it is unfair, so he came to his boss and told him, that he doesn’t appreciate a hard working staff. The boss knew that Jim works hard, and in order to show difference between him and Stew, he asked: „Go and find anyone selling watermelons in the market. When Jim returned, the boss asked: „How much per kg?” So Jim went back to the market and then returned to say the price – $12 per kg.

Then the boss asked Stew the same thing. Stew went to the market, and when he returned he told: „at the moment there is one person selling watermelons, $12 per kg, $100 for 10 kg, now he has 340 watermelons in stock. On the table there are 48 water melons, each of them weighs about 15 kg. Water melons were bought from the South two days ago, they are fresh and good quality.

Jim was impressed by the difference between him and Stew. He realized that he needs to learn a lot from his friend.

As you can see from this story, successful people are more observant. They think and see several years ahead, while most of people see only tomorrow.