Why is it important to tell stories to your kids? Good moral and inspiring stories teach us wisdom, sympathy and true love that are necessary for being happy and understanding how to live in this world. Here you will find a nice collection of inspirational stories for children. 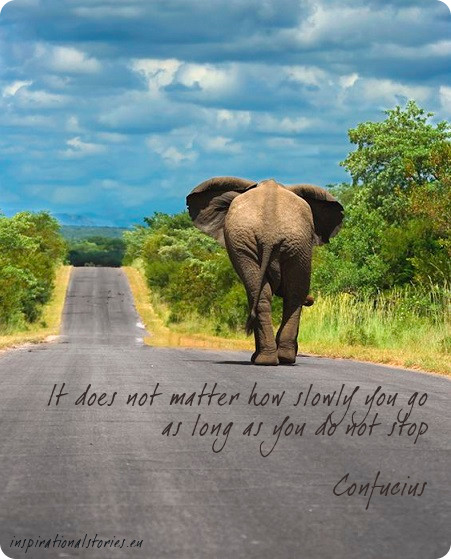 This is a story about the importance of being persistent and never giving up, no matter how many failures you have experienced in the past.

A man was spending his holiday in Africa. One day he watched the elephants passing by. To his great surprise these giant strong animals were being held only by a small rope, tied to their front leg. Obviously, they could easily run away any moment. However, they did not.

Then he saw a trainer and asked him, how could this happen that not a single elephant makes an attempt to break free. The trainer explained: „When the elephants are very young, we use the same size rope to tie them, and at that time it is enough to hold them. Gradually they grow up, get stronger, nevertheless they never try to get away, as they believe that the rope will still hold them.

The man was stunned. These strong animals could break free any time, but they did not, because they believed that this is impossible.

Sometimes people act like elephants, when they give up after the first failure. Remember, that failures are part of learning. If we want to succeed, we should never give up, but try and try again.

There were two angels living in heaven. One of them was always resting, and the other was constantly traveling from earth to God.
The resting angel asked the other:
– Why are you flying all the time from here to there?
– I am carrying the messages from people to God which start with these words: Dear God, help… And why are you resting all the time?
– Well, I have to carry the messages to God which start with these words: I thank you Lord…

“What is soul” story

One day a grandchild came to his grandpa and asked:

Grandpa told him a story that he heard a long time ago from his own grandpa:

– It is said that there are three ‘I’ in a human, which support and guide him through his whole life. The first ‘I’ – is the coldest. It is seen by every surrounding person. The second ‘I’- is the warmest. It is only seen by the closest people to you. The first and the second always argue for power over the man, and their discord awakens doubt and fear in us. And only the third ‘I’ can reconcile and find a compromise between the first two. No one can see it. Sometimes we are unaware of its existence, but it is always with us.

– I never heard about it, – the grandchild said.

– The first ‘I’- is Mind. If it takes over the second one, the person becomes calculative and cold. The second ‘I’- is Heart. If it wins, we become naive. Then it is easy to hurt and deceive us. The third one – is the Soul. Only it can restore the balance in us.

“Happiness is always with you” story

A big dog saw a puppy chasing its tail and asked:

– Why are you chasing your tail that way?

– I have studied philosophy and solved the problem of the universe, which no other dog before me had ever solved, – the puppy answered, – and I have found out that the best thing for a dog in life – is happiness, and that my happiness is in my tail. That is why I am chasing it, and when I catch it – I will reach happiness.

– Son, – the dog said, – in my young days I was also interested in the questions of the universe. I also thought that the happiness is in the tail and in the beginning I was also chasing it. But later I have noticed that anywhere I go and whatever I do, the tail was following behind me. And then I understood that I don’t need to chase it.

Short story about making a difference 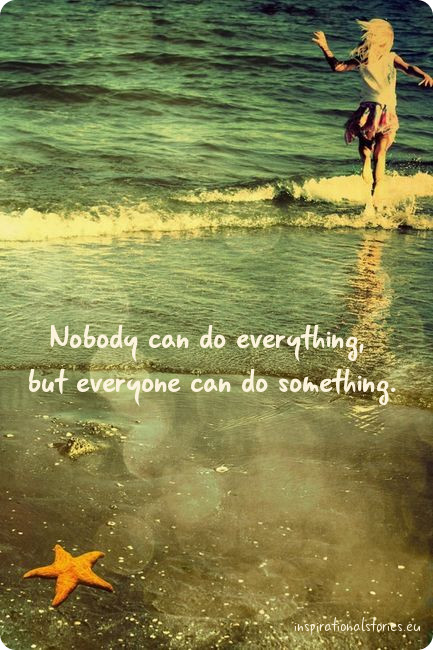 One day after a high tide lots of starfishes were brought to the shore. They started drying up in the sun. A boy, walking down the shore started throwing starfishes into the sea, so that they could continue their lives.
A person came up to him and asked:
– Why are you doing this? Look around! There are millions of starfishes; the shore is covered with them. Your efforts won’t change anything!
The boy picked up the following starfish, thought for a moment, threw it into the sea and said:
– No, my efforts will change a lot…for this Starfish.

Short story about sympathy and compassion

There was a farm, where lived farmer John with his wife Molly. They hold pigs, cows and many animals in their farm. Also there lived a little mouse.

One day the mouse looked through small crack in the wall and accidentally saw how the farmer was opening some package. The mouse was curious what food may it contain and discovered that it was a mousetrap.

The mouse was determined to run around the farmyard and warn all the animals regarding the danger.

First of all he met the chicken. „There is a mousetrap in the house!” – the mouse declared with despair. But the chicken answered with indifference: „It does not concern me, as this is a danger for you, but not for me. It cannot bother me“.

Sad and depressed, the little mouse returned to the house.

In the night the farmer‘s wife Molly heard a sound of a mousetrap. She hurried to see what was in it, but due to the darkness she did not see that it was a poisonous snake, whose tail was caught by the trap. Suddenly the snake bit Molly.

The farmer rushed with her to the hospital. Later, when they returned home, Molly still had a fever. John remembered that it is good to treat a fever with chicken soup, so he went to his farmyard to bring the main ingredient, the chicken.

Whereas Molly‘s sickness continued and many friends came to visit her, the farmer butchered the pig so he could feed all the visitors.

Unfortunately, as time went by Molly became weaker and weaker and one day she died. Many neighbours, relatives and friends have arrived to the funeral. John had to slaughter the cow to feed all of them.

The mouse has been watching all that was happing with great sorrow.

Remember, when we learn that someone is facing difficulties or danger, all of us can be at risk. It is better to help and encourage one another and don‘t leave anyone alone with his problems.