Unconditional love is caring and appreciating someone else for who he truly is. It means loving in spite of person's imperfections and mistakes. It is something that we all need in our lives. Here we present you a collection of beautiful inspiring stories about unconditional love. 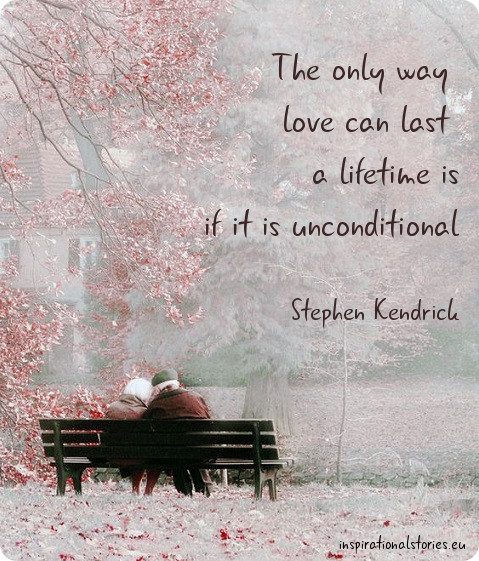 There was a blind girl. She had a loving boyfriend, who was always there for her. The girl hated herself and everyone around, just because she was blind. Her boyfriend asked her to marry him. But she said: „If I could only see the world, I would marry you“.

One day someone had donated a pair of eyes to this girl and after an operation she could see everything. But when her loving boyfriend came to her and asked if she would marry him now, she just looked at him with disdain, as she could see now that he was blind too. Thus she refused to marry him. He walked away full of sadness and later wrote a short letter of few words to her: „Just take care of my eyes darling“.