Many children underestimate the importance of dad's presence in their lives until it's too late. We hope that this touching story about dad will remind you to be thankful to your father and will encourage you to express your feelings. 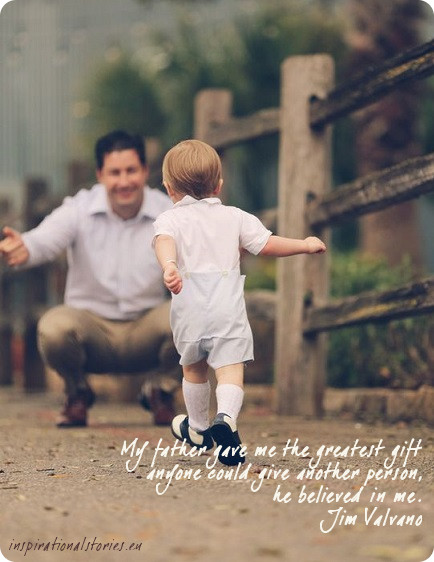 When I was a little girl, I remember that when my dad was repairing something, every time he asked me to hold the hammer, just so we would have a time for a conversation with each other. I never saw my dad drinking or taking a „night out with the boys“, all he did after work was taking care of his family.

I grew up and left home for college and since then, my dad had been calling me every Sunday morning, no matter what. And when several years later I bought a house, my dad was painting it by himself for three days in the 80-degree summer heat. All he asked was to hold his paint brush and talk to him. But I was too busy in those days, I did not find any time for a conversation with my dad.

Four years ago, my dad was visiting me. He spent many hours putting together a swing set for my daughter. He asked to bring him a cup of tea and have a talk with him, but I had to prepare for a trip that weekend, so I did not have time for any long conversations that day.

One Sunday morning we had a telephone talk as usual, I noticed that my dad had forgotten some things that we discussed lately. I was in a hurry, so our conversation was short. Few hours later that day came a call. My father was in a hospital with an aneurysm. Immediately I bought ticket for a flight and on my way I was thinking about all missed occasions to have a talk with my dad.

By the time I have arrived to hospital, my father had passed away. Now it was he who did not have time for a conversation with me. I realized how little I knew about my dad, his deepest thoughts and dreams.

After his death I learned much more about him, and even more about myself. All he ever asked me was my time. And now his has all my attention every single day.