Home » Stories About Being Yourself

Stories About Being Yourself

On this page you will find a collection of short stories about being yourself. 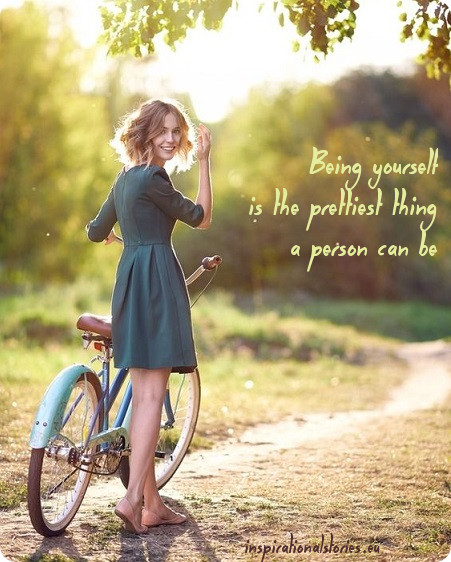 One day King came to his garden and saw withering and dying trees, bushes and flowers.

An oak said it dies because it can’t be as high as a pine.

A pine tree was falling down because it could not give grapes like a grapevine.

Meanwhile the grapevine was dying because it couldn’t blossom like a rose.

But soon the King found a single plant, pleasing heart, bloomy and fresh.

The king asked:
-All the trees and flowers here are withering, and you are flourishing, why?
– I think it comes naturally. You have planted me, because it was Your wish and Your choice. If you would like to grow an oak, grapes or rose, you would plant them. And I cannot be anything else than what I am. So I try to develop my best qualities.

Look at yourself. You can be only yourself. It is impossible for you to become someone else. You can enjoy life and blossom or you can wither if you do not accept yourself.

Story about being true to yourself

One doctor became the greatest surgeon in the country and became the president of the National society of surgeons. For this reason, a celebration in his honour was held. But he was sad.

His friend came up to him and said:

– You achieved something that others can’t even dream about – you became the greatest surgeon. Why are you so sad?

– The thing is that I achieved something that I didn’t even wanted, – the surgeon said, – I never wanted to be a surgeon and now I can’t escape from it. If I would suffer a failure then maybe I would have a chance to do something that I really love. And now I am chained to a thing that I don’t even like.

– You must be joking? – The friend exclaimed, – the biggest honour for a surgeon is to become the president of a National society. Your wife is happy, your children are happy. Everyone has the highest respect for you!

– But I don’t respect myself – that’s what is wrong. I wanted to be a dancer, but my parents were against it, and I’ve listened to them. I was weak. I became a great surgeon, but I am very mediocre in the field that I wanted to dedicate my life to. That is why I am unhappy now.